Robotics Technology for Kids and the World’s Tiniest Computer

What Is That Speck?

The World’s Tiniest Computer. See that really tiny black speck? That’s a computer! And that giant white rock next to it is actually a grain of rice… I know – mind BLOWN!

Measuring in at 0.04 cubic millimeters, this is officially the world’s tiniest computer. Now, you can’t play Fortnite on this little guy, but it can detect very small changes in extremely small spaces, such as human cells. What does this have to do with robotics and technology for your kids?

Why Would the World’s Tiniest Computer Be Useful?

This could be applied to a ton of different medical practices, such as studying the effectiveness of cancer treatments, helping to diagnose glaucoma inside of the human eye, and many others. A computer this tiny does have its downsides, however. It has a fully functioning processor like your computer at home, but when it loses power, it also loses all of its data.

This is an incredible step in the world of computing and robotics. This may lead to practically invisible computers being commonplace sometime in the near future!

Currently robotics technology is being made accessible to kids through STEAM camps like ours. But, not in this Nano-size. Imagine your child’s world when they grow up. Is this something in which you could see their work or interests having an influence?

At Classroom Antics, our goal is to help every child find their passions and purpose.

Progression like the world’s tiniest computer is something our children will be working on in the future. Most kids aren’t introduced to specific programming, robotics, or other STEM subjects until at least high school. And at that point, they may have begun developing other skills and interests. What if you could introduce your kids to robotics technology enrichment at a young age? What kind of difference could it make in their life, education, and career paths?

Campers as young as 7 years old learn to code and program with a visual, block-based language. Classroom Antics camps introduce kids to coding, allowing them to learn the basic concepts of programming. After camp, they should be able to continue learning in the programming world.

Robotics enrichment programs like Classroom Antics are the perfect way to begin inspiring your child and honing in on their gifts and talents. Not only are our camps fun and exciting, instilling confidence in kids who hadn’t yet discovered their passions, but the value of camp extends beyond the moments made there. After camp, kids are aware of what they are interested in and have the skills to do. They can continue to build on their knowledge and seek more opportunities to grow within the subject. In ideal cases, we hope to spark such a love for their newfound skills, that it eventually becomes an education or career path that shapes their lives in a positive way.

Get notified when robotics camps start in your area. Leave your email below and you will also receive early registration opportunities and exclusive VIP discounts. PrevPreviousShould Your Kids Learn How to Code
Get The Latest Updates 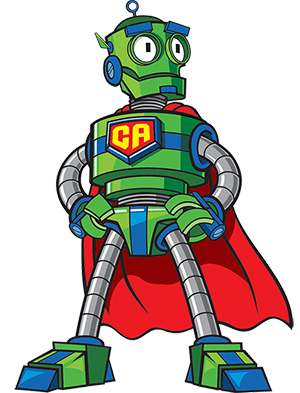